Mediumship is not something that I learned in a class or went searching for.  It is a strange ability that surfaced spontaneously, and to be honest, it was something that I tried my best to ignore.

Unlike other mediums, I didn’t “see dead people” when I was a child.  But looking back on it, I can see that I have always been very intuitive, sensitive, and extremely empathic.

My first experience with the Other Side occurred in 2010.  I was at a Unity church service, and the congregation was participating in a group meditation.  I was sitting in silence with my eyes closed, when all of a sudden I felt someone sit down to my right.  I opened my eyes slightly but there was no one there.

I closed my eyes again and immediately saw an image of a woman in my mind’s eye.  Telepathically, she told me how she died and shared some of her favorite memories and hobbies.  She then proceeded to tell me that the man sitting to my left was her son.

She described a piece of her jewelry that she had left to him, and asked me to tell him that she was fine, that she loved him dearly, and that she was always with him.

A few minutes later, our minister wrapped up the meditation, and I froze.  I felt completely overwhelmed and terrified to share my vision with the man next to me.  “What if I’m wrong?” I thought to myself.  “What are people going to think of me???”

But somehow I summoned the courage to share the information I had received.  I had already been giving other types of intuitive readings at this point and so I trusted what I received.

“Um, excuse me sir?  Is your mother passed?”  I asked him.  “Yes she is… why do you ask?” he replied.  “Well I know this might sound crazy… but during the meditation I had a visitation from a woman who I think is your mother…”

I proceeded to tell him everything that his mother shared with me.  It all turned out to be accurate, and the man was so thankful for the message!!  I drove home in a daze, thinking to myself “What just happened???”…

A few months would pass before I received another message from the Other Side.

My second visitation happened during a yoga class in early 2011.  We had just finished a challenging practice and had settled in place for our final resting pose – Savasana (in Savasana, you lie with your arms and legs outstretched, and breathe deeply…  ironically, it is also called “corpse pose”).

No sooner had I closed my eyes when a young man appeared to me.  He appeared to be in his early twenties, and wore a blue shirt.  He sent me a vision of himself lying in a hospital, and showed me an image of his lungs.  I felt that one of his lungs had deflated and I noticed that a nurse was sticking a tube in his chest to try to re-inflate it.

The young man then pointed at the woman lying next to me in yoga class.  “She took care of me.  Please tell her not to be sad because I didn’t really die”.

When our class emerged from Savasana, I had a bit of a panic attack.  I knew that the woman next to me was a nurse and I was also aware that a young man had recently passed away in her care.  But I had no idea how he died or how she would react to the message.  Again I thought to myself, “What the heck is she going to think of me?”

I chickened out and kept my mouth shut.  But the young man followed me home and continued to encourage me to contact the woman in my yoga class.

After a sleepless night, I sent her this Facebook message:

“Hi Robin,  I hope you don’t mind me asking you this but I was wondering if the young man that passed away had a chest or lung injury? Like trouble breathing?  The reason I ask is that last night in Savasana, I saw a young man in a blue shirt around you, and he wanted me to tell you “not to be sad because he didn’t really ‘die'”. He showed me that he was injured on one side of his chest, and that he found it hard to breathe.”

I reluctantly pressed the “Send” button and cringed as I awaited her reply.  It wasn’t long before she wrote me back:

“Hi Karen, it took me a moment to have a little cry because your experience has touched me.  Yes, the young man had a lung injury and he was not able to breathe well. We did a chest tube to re-inflate it.  Thank you Karen for being so sensitive and for sharing this with me.”

I took a deep breath and had a little cry myself.  “What is happening to me?”

At this point, I knew I wasn’t imagining things.  I bought some books and briefly studied mediumship, but decided there was just too much responsibility involved to pursue it.  I felt unqualified to deal with people’s emotions and I was also terrified of being “wrong”.

But even though I tried to give it up, I continued to receive information from the Other Side.  Most of the time I didn’t share the information I received, but on the rare occasion that I did, it always turned out to be accurate.

By early 2014, I went from having one mediumship experience every few months to having three experiences in a single week.  I knew that the only thing holding me back from pursuing mediumship was my anxiety about what other people might think of me.

I remember having an intense discussion with my husband about the topic.  “Honey, I’m terrified of being a medium!”  I told him.  “People are going to think I’m weird!!!”

And then, my hubby said the most life-changing sentence ever uttered:

And with those enlightening and slightly insulting words of encouragement from my husband, I released my fears and found the courage to continue to explore my fascination with mediumship.

My biggest passion is teaching others how to connect to their own intuition. I unite people with the energy & wisdom of their soul and help them to express that energy in their lives. I offer spiritual guidance & intuitive readings in my office here in Ontario and worldwide via Skype. More About Me... 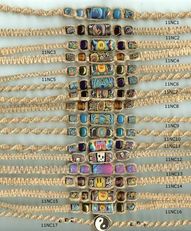 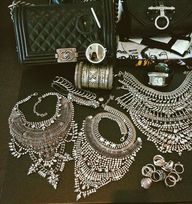 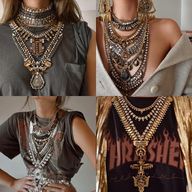 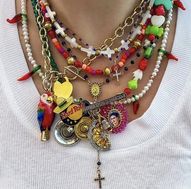 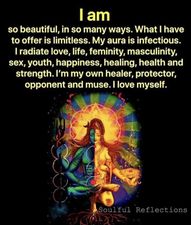 My biggest passion is teaching others how to connect to their own intuition. I unite people with the energy & wisdom of their soul and help them to express that energy in their lives. I offer spiritual guidance & intuitive readings in my office here in Ontario and worldwide via Skype. Learn More…