A common issue I help people overcome is the habit of self-blame.  I have seen first hand how self-blame has a devastating effect on our health and prevents us from creating a happy, fulfilling, prosperous life.

The pattern of self-blame often starts in childhood.  Perhaps we were criticized or judged too harshly, or maybe something happened in our family that we didn’t quite understand – a death, a divorce, or a failure of some kind.  We can’t make sense of it with our young minds, so we blame ourselves instead.

The problem with self-blame is that once we get in the habit of blaming ourselves, we never stop.  It becomes a toxic pattern and creates a feedback loop which attracts more unfortunate situations that we blame ourselves for.

Self-blame seeks punishment.  Deep down, we are holding a grudge against ourselves.  We feel undeserving, unworthy, and unable to forgive.  Because of this, we have a subconscious desire to be punished and therefore attract negative circumstances in order to make ourselves “pay”.

I see this “punishment” play out in people’s lives in various ways.  Some people sabotage their financial life, while others create pain and illness in their physical bodies.  I have also observed people who force themselves to endure unfulfilling jobs or abusive relationships.  No matter what the outer circumstance, the inner vibrational pattern is the same: they are creating reasons to blame and punish themselves.

It’s important to note that self-blame is a pattern that is so deeply ingrained in people, that it often goes unnoticed.  When people come to me for a reading, they don’t realize that they are blaming themselves; they simply feel “stuck” and wonder why they can’t get their life to work.

The antidote to self-blame is self-forgiveness.  No, you are not perfect, and that’s okay.  You’re human!  We all make mistakes; in fact we are meant to make mistakes, because that’s how we grow and evolve.  Forgive yourself and set yourself free.

It’s also important to realize that the pattern of self-blame has been ingrained in you for a number of years, so re-patterning yourself into self-love will not happen overnight; it takes practice and patience.  The first step is becoming aware of the blame, which is already a giant leap towards releasing it!  Mindfulness practices such as meditation are excellent ways to become more aware of patterns of self-blame.

You may also have pent-up emotional energy in your body that needs to be released in order to fully let go of self-blame.  In this case I recommend using the energy clearing technique called EFT or “Tapping”.

To release the vibration of self-blame from your body through tapping, first make a list of everything you are blaming yourself for.  As you read over the list, notice the feelings in your body.  Then “tap along” to the following free video by Brad Yates to discharge the emotion.


You’ll know that the tapping is working when you read your list over again and have less of a reaction. You’ll begin to feel lighter, clearer, and more calm.

Releasing self-blame is a key to freedom, and goes hand in hand with one of the hardest lessons we’re here to learn, which is loving ourselves.  Loving yourself takes  effort but the rewards are so worth it.  As my teacher Louise Hay puts it, “When we love ourselves, everything in our life works.”

What do you blame yourself for?  How have you released the habit of self-blame in your own life?  Please share by leaving a comment below.

Previous Post: « How I Discovered I Was a Medium
Next Post: 5 Steps to Develop Your Psychic Abilities » 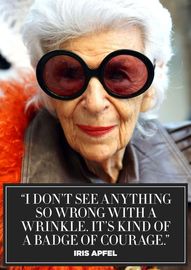 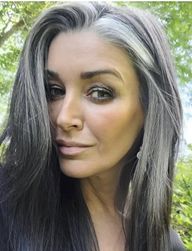